Maleficent still stands out as something of a black sheep within Disney’s recent live-action catalogue. Instead of a simple remake or sequel, the film instead presents a revisionist retelling of Sleeping Beauty from its villain’s point of view whilst also turning the narrative into an allegory for sexual assault and abusive relationships. The final result was admittedly ambitious but sloppy and ill-conceived (you can read my recent reappraisal of its botched metaphors here), but it did well financially so a sequel was always on the cards. After covering the entirety of the original tale, where exactly Mistress of Evil has to go from there seems a bit nebulous on first thought but, and this is an especially relieving shock to me, the final results are far beyond what anyone would reasonably expect. 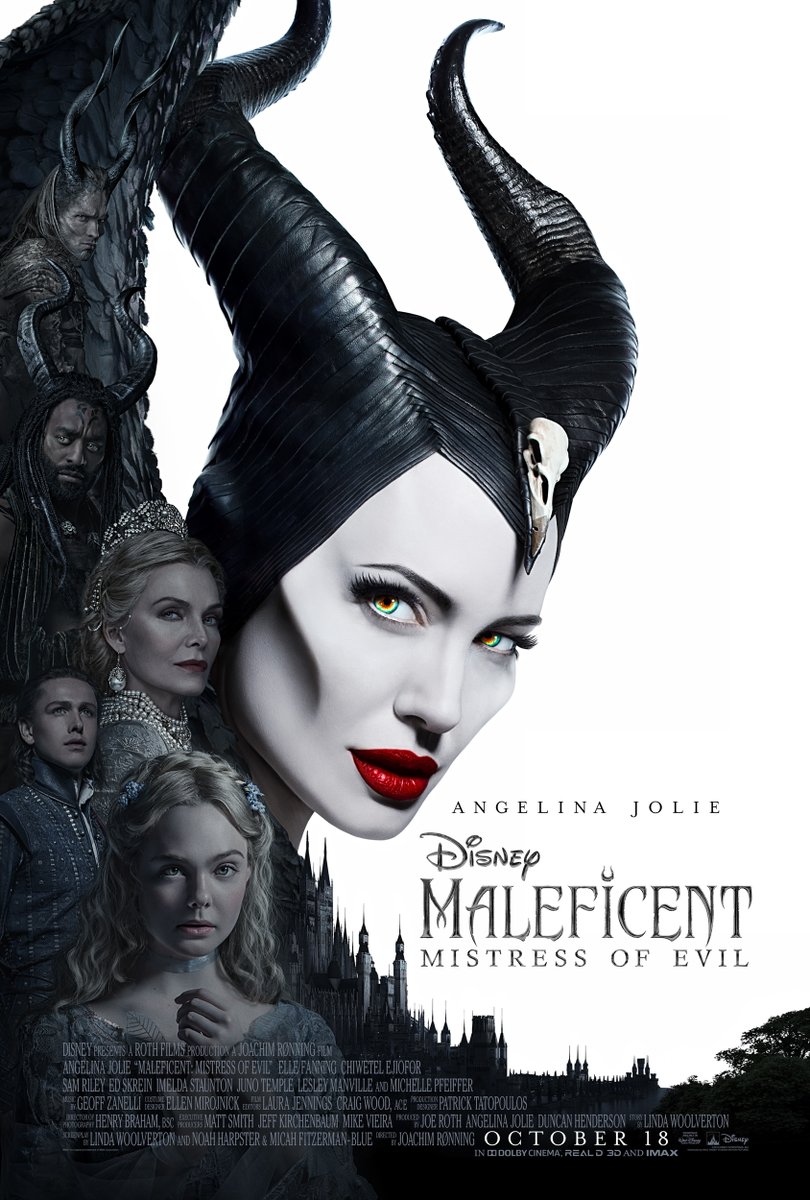 Whilst it never outright addresses its predecessor’s faults, Mistress of Evil is at least smart enough to work around them and move forward with confidence. The film’s story much more fleshed-out and better told this time around, and manages to find an interesting new angle on what can happen after happily ever after. The pacing isn’t such hurried and scattershot, its structure traditional but firm, and the overbearing narration of the first is almost entirely gone. The tone is also far more coherent, finding a better balance between family-friendly and adult commentary that avoids tonal whiplash; it is many ways exactly how the first film should have been approached. Though it avoids directly tackling sexual subtext, the film is still abound with heavy allegories, switching targets to internalised misogyny and racially motivated imperialism. Luckily, it’s much more smoothly and thoughtfully handled, and avoids falling victim to unintentional misogynist tropes. It’s not exactly smart or biting exegesis, but it is satisfying and sends a valuable lesson about combating intolerance to the young audience, and it’s a marked improvement over some of the other Disney remakes’ attempts at contemporizing their narratives.

Angelina Jolie was perfectly cast as Maleficent and was the only consistently good thing about the first film, and here she’s just as wickedly delicious. She’s essentially playing a camp hybrid of Wonder Woman and Morticia Addams, but Jolie completely commits to the role and keeps enough of her tongue in her cheek to remain enjoyable. It is rather underwhelming that Maleficent herself takes more of a backseat in the film’s story, but her entire arc is still fascinating and the lore surrounding the world of the fae is begging for further expansion. Elle Fanning is thankfully given more work with this time around as Aurora, even if she still somewhat falls into the default modern Disney “strong independent woman” archtype, and the pixies played by Imelda Staunton, Juno Temple and Lesley Manville are thankfully toned down from their irritating status in the first. Chiwetel Ejiofor is unfortunately wasted as Maleficent’s newfound mentor Conall, with barely enough screen time to properly establish him, but Ed Skrein picks up some of the slack as the war-hungry Borra. However, the film undoubtedly belongs to Michelle Pfeiffer, who hams it up to the max as the backstabbing Queen Ingrith. Portraying the role as essentially like Lady Macbeth as played by Ann Widdecombe, she knows exactly what kind of movie she’s in and absolutely relishes the chance to play a deliciously femme nemesis.

On a technical level, the sequel is also a step-up from the original. The film looks far more palatable and less candy-coated, giving even the returning fantastical designs a little more grit and verisimilitude. There are moments in the film that are outright gorgeous to behold, with the stand-out being the fae’s nest; it looks like something out of a perfume ad on shrooms, but in a good way. The film’s editing is a bit odd at points, using a lot of unnecessary cross fades within a scene and some abrupt cuts to avoid potentially violent moments, but the cinematography and choreography is uniformly solid. Whilst the film reuses much of James Newton Howard’s score from the first, Geoff Zanelli’s original compositions slot right in and give the film an extra kick of twisted fantasy.

It absolutely has no right to be, but Maleficent: Mistress of Evil is a solid Disney blockbuster and a massive improvement over its problematic predecessor. It does much of what the first film tried and failed to do, but actually accomplishes far more of its goals by being smarter and less abrasive. It does such a solid job of expanding and grounding its revisionist fantasy world that I actually wanted to spend more time in it, and its commentary on both its source material and current culture in general is more in line with what Disney’s live-action remakes should be doing. So yeah, no one is more surprised than me, but I’d absolutely be curious to see a third instalment.