Even after producing wonderful film after wonderful film, Laika still can’t seem to catch on with mainstream audiences. One of the few studios keeping stop-motion features alive, the quirky style and thematic depth of their films easily make them the most distinctive animation studio in the west. Whilst Missing Link does sometimes feel like an attempt to court a more traditional audience, shying away from the darkness of their previous efforts for more of a light-hearted tone, it still retains the spirit and attention to detail all Laika productions have in spades.

A throwback to the globetrotting adventure stories of the early 20th century, Missing Link evokes a kind of classic family film we rarely enjoy these days. The plot is relatively simple and its themes of friendship and finding meaning in life are well worn, but they are executed with such proficiency and wit that they feel fresh again. The film has a wicked sense of humour comparable to Laika’s underrated The Boxtrolls, capturing the essence of British comedy so well that I wouldn’t fault anyone for mistaking it for an Aardman production.

A lot of the film’s heart lies in its fantastic voice cast, led ably by Hugh Jackman’s Sir Lionel Frost. He is a wonderfully realised character that puts an engaging spin on the self-important British explorer cliché, and Jackman captures English idioms and cadence like a true-born Brit. Zach Galifianakis is endearing and hilarious as the titular Mister Link, best described as a more wholesome answer to Drax from Guardians of the Galaxy, and his comedic chemistry with Jackman is up there with the best mismatched animated duos. Zoe Saldana is feisty and kick-ass as Frost’s reluctant associate Adelina, whilst Stephen Fry and Timothy Olyphant as the film’s villains are delightful in their own respective ways.

Ultimately though, Laika’s gorgeous animation is the real showstopper, pushing the limits of the form in constantly jaw dropping ways. Without it, Missing Link would still be a solid adventure for the whole family, but the loving artistry of the production is what makes it this a joy for anyone who loves the craft of animation.

The astounding success of 2017’s It has ushered in something of a renaissance for Stephen King adaptations, both in terms of remaking classics and new stories not previously brought to the screen. Pet Sematary (yes, the misspelling is intentional) is the first of several King films out this year alone, and comparisons are bound to be abundant to both the original novel and the previous 1989 film adaptation. Having experienced neither, I can only judge this Pet Sematary as a film on its own terms, and from my particular perspective I think it is…OK. 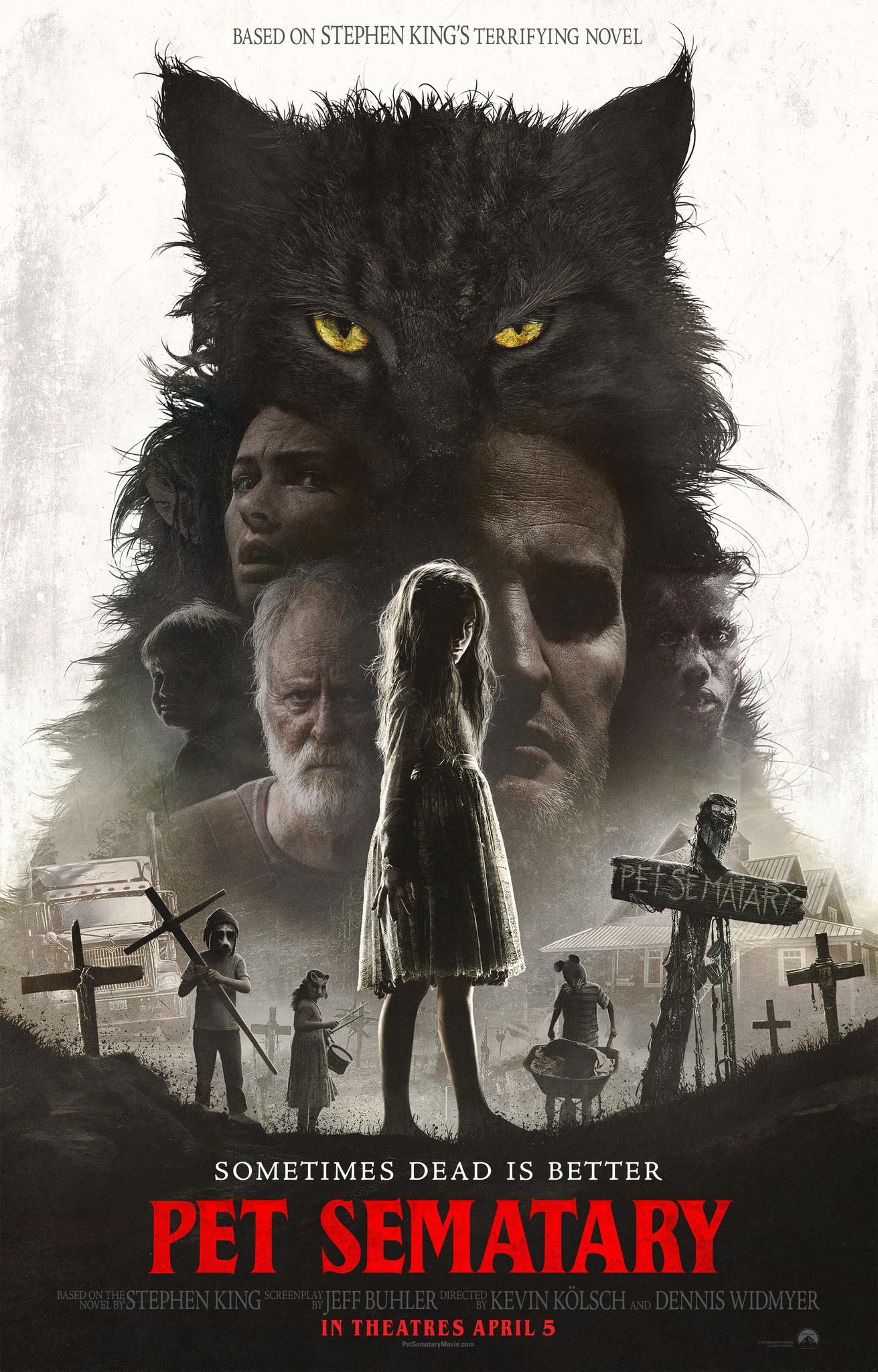 The basic premise of Pet Sematary should be reasonably familiar to even those with little horror knowledge, and it uses those concepts in an effective if not particularly original way. The story builds strong tension and a looming atmosphere as it ponders its themes of death and grief, but its culmination feels underdeveloped. Despite the strong set-up, the film’s third act blows by with little fanfare and fails to pay off what it’s been building up, ending on a suitably twisted note but one that never gets a chance to sink in before the credits roll.

What saves Pet Sematary from mediocrity are the strong performances from its cast, who mine the rudimentary plot and characters for all they’re worth. Jason Clarke handles the degrading mental state of father Louis with aplomb, making a character turn that feels a little sudden on paper feel cohesive. Amy Seimetz is fantastic as Rachel, especially when grappling the horrors of her past, whilst John Lithgow manages to bring both a lightness and foreboding eeriness to his role as neighbour Jud; he really is one of the most underrated veteran actors still working. The film’s real MVP is Jeté Lawrence as daughter Ellie, giving a horror story trope a fresh perspective that I wish got more time to flourish.

In conclusion, Pet Sematary doesn’t do a whole lot to stand out from the deluge of studio horror films coming out these days, but it’s at least effective with what it has. It’s ideal for a late-night Netflix horror binge, but on its own it lacks punch.

Director: Tom Harper (The Woman in Black 2: Angel of Death)

With the success of films like Bohemian Rhapsody and A Star is Born and the imminent release of Rocketman, it seems like films about musicians are all the rage right now. However, much like its rebellious main character, Wild Rose is an unconventional take on the rising star story that speaks truer to the heart of what it means to be an artist than those glitzy Hollywood biopics, and an early contender for the British sleeper hit of the year. 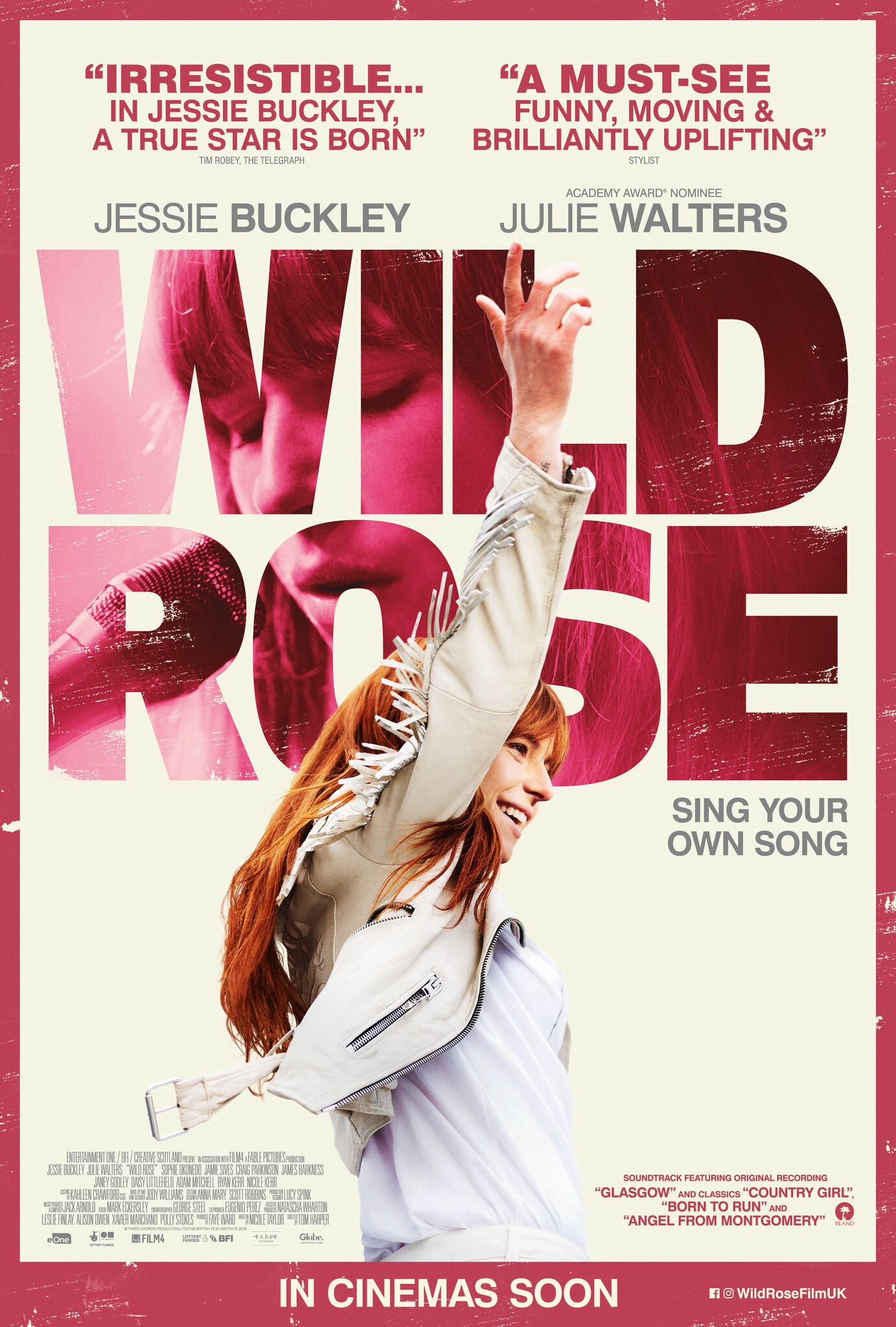 We’ve all seen tales of struggling musicians striving for stardom, but Wild Rose takes a more grounded and honest approach to the concept, and heightens the stakes by putting its protagonist as far from her goals as possible. You can’t say you’ve ever seen a film about a Glaswegian ex-con single mother struggling to become a country singer, and for my money I don’t think we’re going to see a better example of this story than this (if ever). It’s a simple but crowd-pleasing tale that should warm the heart of any audience, but particularly those who’ve dreamed big and know the conflict of balancing your life with your passion firsthand.

The material may be strong on the page, but Wild Rose would be nothing without its breakout star Jessie Buckley. She brings a spark of energy to an archetype often portrayed with a patronising sense of sympathy, never taking advantage of her social class or intelligence and allowing her to be a fully-rounded and genuine character. Buckley’s performance is simultaneously hilarious and tragic, and her on-screen chemistry with Julie Walters as her cynical mother (who is as great as you’d expect) makes her seem like a seasoned pro. It’d honestly be an absolute crime if this film doesn’t launch her to greater heights, because her work here proves she absolutely deserves it.

Wild Rose is the best film of its kind since Billy Elliot, and a prime example of what British cinema can be when it stops being so self-important. As much as I love Hollywood spectacle and high-concept fantasies, this is exactly the type of film we need more of in our often-lopsided media diet. In other words: I loved it!