Another year, another Edinburgh Internationa Film Festival. This year, I saw over twice as many as I did last time, and now I’m going to review them all for you. OK, here we go…(takes huge, huge breath)

Fascinating and heartbreaking look into the career of Amy Winehouse by the makers of Senna. Fantastic use of archive footage and voiceover interview to weave a tragic tale of fame, drugs and music. A bit overlong maybe, but definitely a fascinating watch regardless of your interest in subject matter. 8/10

The Marriage of Reason & Squalor

A bizarre and confusing piece of surrealist comedy that’s so impenetrable that I couldn’t tell if it was self-aware about it’s insanity or not. All you need to know is that the main character is called Chlamydia and it features Rhys Ifans with a giant prosthetic head growth and a nasty combover. If that sounds like’s it’s your bag, then go ahead. It’s just not mine. 3/10

Amusing but flawed throwback comedy caper from Last Picture Show and Paper Moon director Peter Bogdonavich. Some strong lead performances from Imogen Poots and Owen Wilson sweeten the deal, but the plot is heavily reliant on coincidence and is perhaps too old-fashioned for its own good. Fantastic cameo at the end though. 6.5/10

Interesting concept gone bad from poor execution in this sci-fi thriller. The pacing is drab, the plot incredibly predictable (including all the huge “twist” moments), and the whole production has an amateurish veneer despite the presence of the legendary Jonathan Pryce. 4/10

Fascinating and heartfelt documentary about the origins of BASE-jumping. Has a strong Man on Wire feel to it with its strong emotional ties, and the archive jumping footage is a wonder to behold. 8/10

Fun and uplifting road trip comedy about young people with disorders. A little clichéd and overdramatic at points, but features some great performances from Robert Sheehan, Dev Patel and Robert Patrick. 7/10

Robert Sheehan’s second film at this year’s fest, and unfortunately this Sixth Sense-like supernatural thriller is the far weaker of the two. The performances across the board are acceptable at best, the production values are almost non-existent, and the plot is a meandering mess that drags painfully through the paper thin premise and then ends just when it starts to get interesting. 3/10

Effectively an American indie version of Ex Machina, this sci-fi flick makes up for its minimal production values through a smart and witty script and excellent performances from Mark Webber, Lucy Griffiths and David Clayton Rogers. Though the aforementioned Alex Garland film is superior, that shouldn’t stop you from giving this twisted look into artificial intelligence a go. 8.5/10

The Legend of Barney Thompson

This year’s Opening Night Gala is the directorial debut of The Full Monty and Once Upon a Time star Robert Carlyle, this Glasgow-set dark comedy about a barber-turned-accidental serial killer is a consistently amusing romp. Ably supported by a strong cast including Ray Winstone and a nearly unrecognisable Emma Thompson, there is certainly some directorial skill in Carlyle’s bones. 7.5/10

Richard Gere takes a darker turn in this dramedy about a philanthropist trying to deal with his crushing guilt. Gere himself sells the film as he flits from warm and generous to depressed and desperate, and Theo James surprisingly turns in a decent performance for once. Dakota Fanning feels a little underutilised though. 7/10

I already did a full review on this one (which you can read here), but here in short: Pixar is back on it’s A game and I couldn’t be happier! 10/10

Simultaneously cute and disgusting, this 80s throwback picture is a fun amalgam of Mad Max and BMX Bandits that features power armour, dismemberment, cheesy dialogue, a synth soundtrack and Michael Ironside as the villain. What more could you want? 8/10

Fascinating look into the trials and tribulations of Britain’s most successful comic imprint featuring a great deal of contribution from talents like John Wagner, Neil Gaiman and Dave Gibbons. Especially fun when they rip into the Sylvester Stallone Judge Dredd movie for a bit. 7/10

The Diary of a Teenage Girl

Humorous and insightful dramedy about the sexual awakening of a teenage girl. With a fantastic lead performance by Bel Powley and supporting turns from Kristen Wiig and Alexander Skarsgaard, Diary of a Teenage Girl is a coming of age tale that delivers a strong message about sexual identity for both the young and those who remember being young. 8/10

A dull and limp excuse of a drama, The Incident barely has enough plot to cover a short film and yet meanders on for a whole 90 minutes, and what plot is there is incredibly mundane and borders on first-world problems. Achingly slow pacing, bland performances and a perplexing lack of direction, this is one incident you should definitely avoid. 1/10

An inspiring and thrilling documentary about censorship during Communist-run Romania, Chuck Norris vs. Communism shines a light on a little known part of history and illuminates how the power of cinema can inspire a nation, even if it is just a silly Chuck Norris movie. With great use of interviews and recreations, any lover of cinema really should give this one a watch. 9/10

Proudly crude and hilarious whilst doing so, The Overnight is a night of debauchery that will make you cringe yet unable to turn away. With go-hard-or-go-home performances from Adam Scott and Jason Schwartzman, this comedy is certainly not for the prudes but should be a heck of a time for everyone else. 8/10

Whilst certainly an interesting subject for discussion and a lot of great talent is involved, Kevin Pollack’s documentary about the source of a comedian’s soul ultimately takes too long to answer its own question by meandering into other subjects. That and some of the talent involved just aren’t that funny (I’m looking at you, Nick Swardson). 6/10

An interesting though ultimately unfocused look at love and life at old age, Bereave is mainly so watchable thanks to fantastic lead performances from Malcolm McDowell and Jane Seymour. Seriously, this might be the most McDowell has given a sh*t in years. Take what you can get whilst you can before he falls back into dreck again. 6/10

A boring, repetitive and confusing sci-fi thriller, Brand New-U seems more concerned with showing you pretty images than telling a cohesive narrative. The director seems to be trying to go for an arsty detached look at sci-fi in the vein of 2001, but this effort lacks character, emotional investment, and pretty much everything needed to make a worthwhile film. 1.5/10

Kristen Wiig’s turn as a mentally disturbed woman who wins the lottery and uses her money to fund her own talk show is a darkly funny satire of the television industry. Wiig’s deranged but sympathetic performance carries a lot of the film’s weight effortlessly, but a star studded supporting cast including the likes of Linda Cardellini, Wes Bentley and Joan Cusack certainly don’t hurt. 8/10

This film about swinging and other alternative sexual avenues mainly falters from a indecisive tone. It seems to start as a comedy but then gradually gets more serious and depraved until there’s nothing really to laugh at. Similarly, the plot feels unfocused with various threads unresolved and the moods of our main characters flit on a dime between scenes. The aforementioned The Overnight tackles this subject with better humour and depth. 4/10

I usually find stories about the homeless to be condescending and flat, but this drama starring the wonderful Peter Mullan definitely doesn’t fall into that trap. Following his journey from Scotland to London to reach a homeless shelter for Christmas, Mullan’s heartfelt performance holds together the somewhat episodic narrative to create something certainly worthwhile. 7/10

Fantastic documentary about the most sheltered group of children you can imagine and how movies inspired their lives. Equally disturbing, funny and heart-warming, there’s no movie quite like The Wolfpack out there. It has to be seen to be believed. 9/10

Generic Romantic Comedy #137 with a Scottish twist. Predictable down to the tiniest plot detail, actress Talulah Riley’s directorial debut at least has its heart in the right place. On a side note, Morgan Watkins’ American accent is so bad that I was convinced it would turn out he was faking it the whole time, but that unfortunatly did not happen. 5/10

Two kids steal the wrong cop car in this Kevin Bacon-starring comedy-thriller. Infused with a youthful energy and a Coen Brothers-esque wit, Hays Wellford and James Freedson-Jackson’s performances are uniformly excellent and believable in their childlike musing; they’re a bit stupid, but not much more so than the average kid. Kevin Bacon is equally funny and terrifying as the cop on their tail, and Shea Whigham’s brief but memorable role fits that description too. Director Jon Watts has recently been chosen to direct the new Spider-Man film and, with this film as evidence, I’d say the wall crawler is in strong hands. 9/10

Occasionally funny but tonally confused caper comedy. Judy Greer and Natasha Lyonne have great chemistry and are believable as sisters, plus a great supporting cast including Aubrey Plaza, Ron Livingston and Fred Arminsen, but the plot is thin and meanders about with several dark subjects like murder and theft treated far too lightly. 6/10 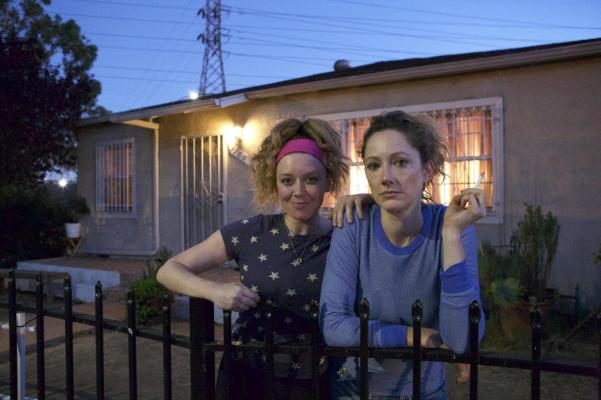 Aiden Gillen delivers a strong leading performance as a recently released felon forced to take care of his niece in this Irish drama. Gillen’s repartee with the young Lauren Kinsella is charming, holding interest through the film’s slower moments and the somewhat unsatisfactory conclusion. 6.5/10

This year’s Closing Gala features Ruth Negga as a mother who runs away with her son to the Scottish isle of Iona to escape a violent tragedy. Negga’s lead performance is strong, but the film’s deliberately slow pacing and dour tone make the film a hard sit and the resulting drama feels stilted and stretched too thin. 5/10 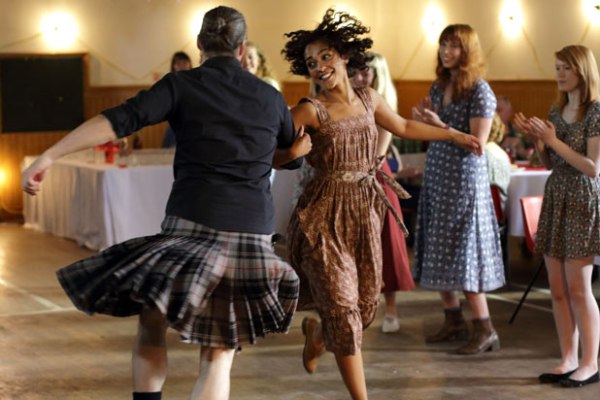 Quirky British comedy about mistaken identity, sisterhood and poetry. Alice Lowe and Dolly Wells’ chemistry holds the film tightly together and there are some truly funny moments (Lowe reading a Tesco receipt like a poem is particularly hilarious in its awkwardness), but some shoddy filmmaking (like obvious cuts in the middle of the same shot) does dampen the fun. 7/10

A hilarious and thoughtful coming of age tale about identity, Dope tells a story from a truly unique perspective whilst dealing with familiar tropes in fresh ways. Shameik Moore’s lead performance is a revelation that reveals a potentially bright future, whilst Rick Famuyiwa’s vibrant direction and sharp writing keeps the movie rolling at an energetic pace. Truly a film whose title accurately describes its title (in the positive use of the word). 8.5/10

Sleeping With Other People

Jason Sudeikis and Alison Brie’s fantastic lead performances keep alive this otherwise fairly familiar romantic comedy set-up. There are certainly some clichés subverted and a handful of laugh-out-loud moments, but the general tone tells you how this is going to end up. Certainly a fun watch, but not a must see. 7/10

Arnold Schwarzenegger delivers a surprisingly restrained and heartfelt performance in this zombie-infused drama about a father slowly losing his daughter to the undead disease. The connection between him and Abigail Breslin is often very touching and the drama of Breslin’s humanity slowly deteriorating is genuinely sad, but the plot is thinly spread and the pacing drags too often. Might have worked better as a short film. 6.5/10