I don’t think anyone was expecting the reboot of Jumanji to take the world by storm, but for whatever reason Welcome to the Jungle ended up being a near-billion dollar box office smash. An extra sweet surprise is that it was also happened to be a solid action-adventure comedy with a fun premise and plenty of laughs. With both critical and commercial success in the bag, of course another entry was inevitable, but the question then is where to really go with the franchise. That’s unfortunately the main hurdle The Next Level never quite manages to vault. It’s got more than enough new concepts and gags to entertain, but it fumbles the ball with every opportunity it has to go above and beyond its predecessor. 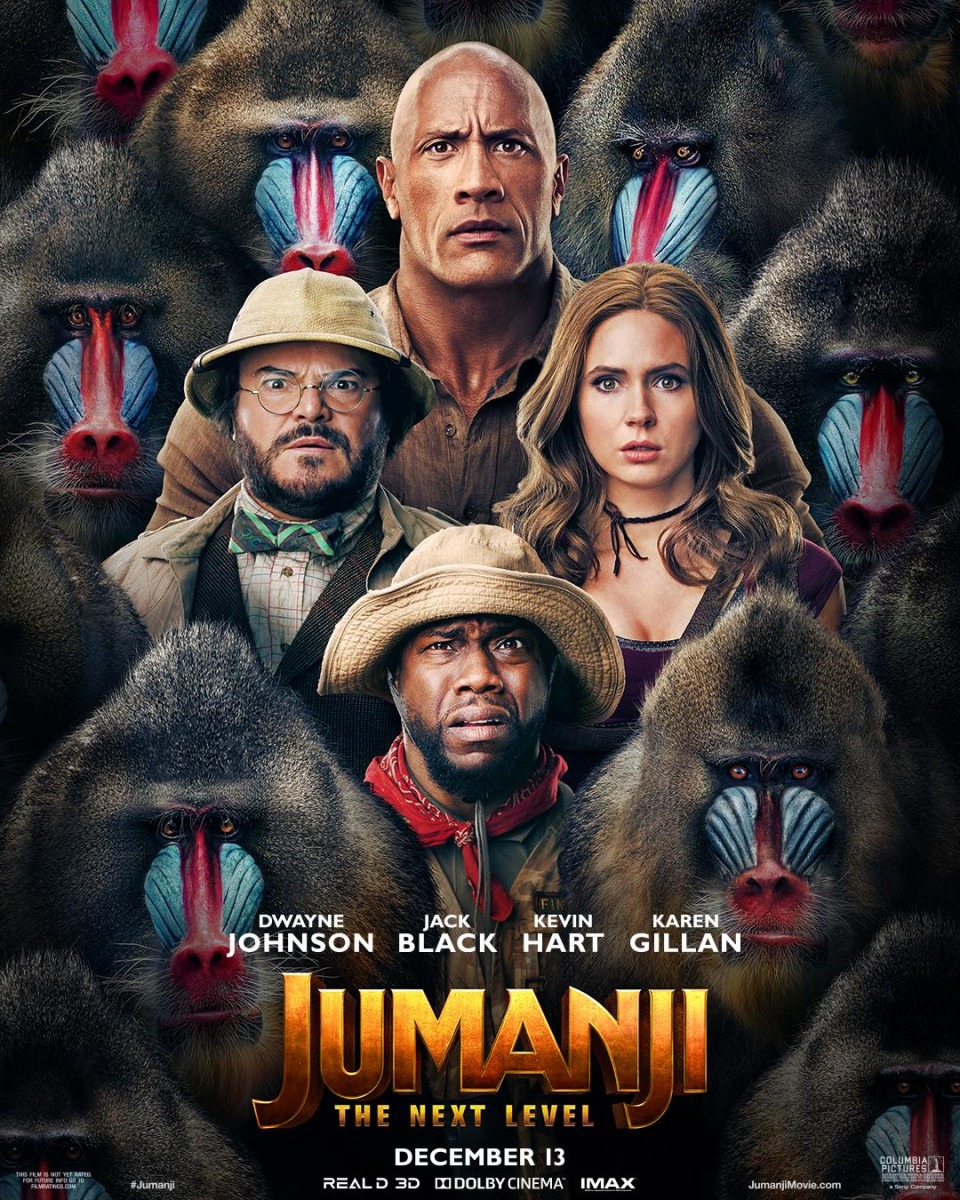 If you could strip back to the chassis of The Next Level like you would a car, it would be plainly obvious that it’s built on the exact same framework as Welcome to the Jungle. Plot structure, narrative beats, character development, even the logical gaps in the video game premise; all of it has been lifted directly from its predecessor. It’s not quite as blatant a rehash as something like The Hangover Part II, but it’s especially odd considering how much the film tries to signal how different it is on the surface. Once you get beyond which avatars our characters now inhabit and the addition of desert and snow levels to the prior film’s jungle, the story has little to offer other than more of the same. Even the character arcs and themes could only be called extrapolations of those explored in the last instalment, with many storylines even having to take steps backwards just to recapture that same drama. There’s some interesting potential for the film to take an introspective and mature look at subjects like depression, frayed relationships and embracing adulthood but, with the arguable exception of one character, they drop the ball. The film doesn’t even seem to realise what it has most of the time, instead defaulting back to the same “teamwork and friendship is good” mantra of so many films of its ilk.

Fortunately, the film’s comedy picks up a lot of the slack and they certainly make the most of what shake-ups there are to the formula. The action set pieces are arguably even bigger and slicker that last time around, particularly a suspension bridge sequence that emulates a platforming puzzle section in a video game, and the film moves at a solid enough clip with plenty of laughs that it’s hard to notice the blatant recycling going on. It’s like going on a rollercoaster you loved again immediately after your last ride; it’s still a lot of fun, but the surprise factor is now gone and you start to notice things that you were never supposed to. Once the film reaches its conclusion with a set-up for a sequel that sounds way more interesting, this entry only begins to feel more and more like a placeholder.

What really sold Welcome to the Jungle was the chemistry between its leads and the hilarity mined from these Hollywood stars having to act so much out of character. That dynamic switch-up is where The Next Level’s innovations mainly lie, and it is absolutely the film’s strongest asset. Dwayne Johnson and Kevin Hart mine a lot of material out of having to act like Danny DeVito and Danny Glover respectively, giving the typical old man jokes new life with their distinct delivery and context. Karen Gillan gets a lot more time to shine, effectively playing the competent straight man to a troupe of wildcards, but she still manages to deliver on the comedic front too. After stealing much of the last film, Jack Black takes a little more of a back seat this time around, whilst Nick Jonas once again feels a little superfluous and bland compared to the rest of the cast; he is very much the Doug of the group.

Jumanji: The Next Level is the definition of disposable entertainment; fun while it lasts, but nothing you’re particularly going to remember in a few days. It relies far too much on what worked last time around, resulting a product that has very little to offer you couldn’t gain by just watching Welcome to the Jungle. Sure, the adage goes “if it ain’t broke, don’t fix it”, but it’s also often wise to fix something before it breaks rather than after, and Jumanji’s tyres are now in urgent need of replacing after barely scraping across the finish line. If the film’s sequel hook does pay off, they’ve at least set themselves up for something familiar but different, and hopefully the next entry can now build upon its prior successes rather than just repeating them.

One thought on “JUMANJI: THE NEXT LEVEL – an Alternative Lens review”