Writer/Director: Lorene Scafaria (Seeking a Friend for the End of the World)

Crime films have often been the domain of the boys, but in recent years we’ve begun to see more female-centric entries in the genre; Widows, The Kitchen and Ocean’s 8 just to name a few. But even amongst those examples, Hustlers proves itself a step above by putting its femininity and sexuality at the forefront, making for a familiar yet unique experience that anyone who loves a good rise-and-fall story is absolutely going to dig. 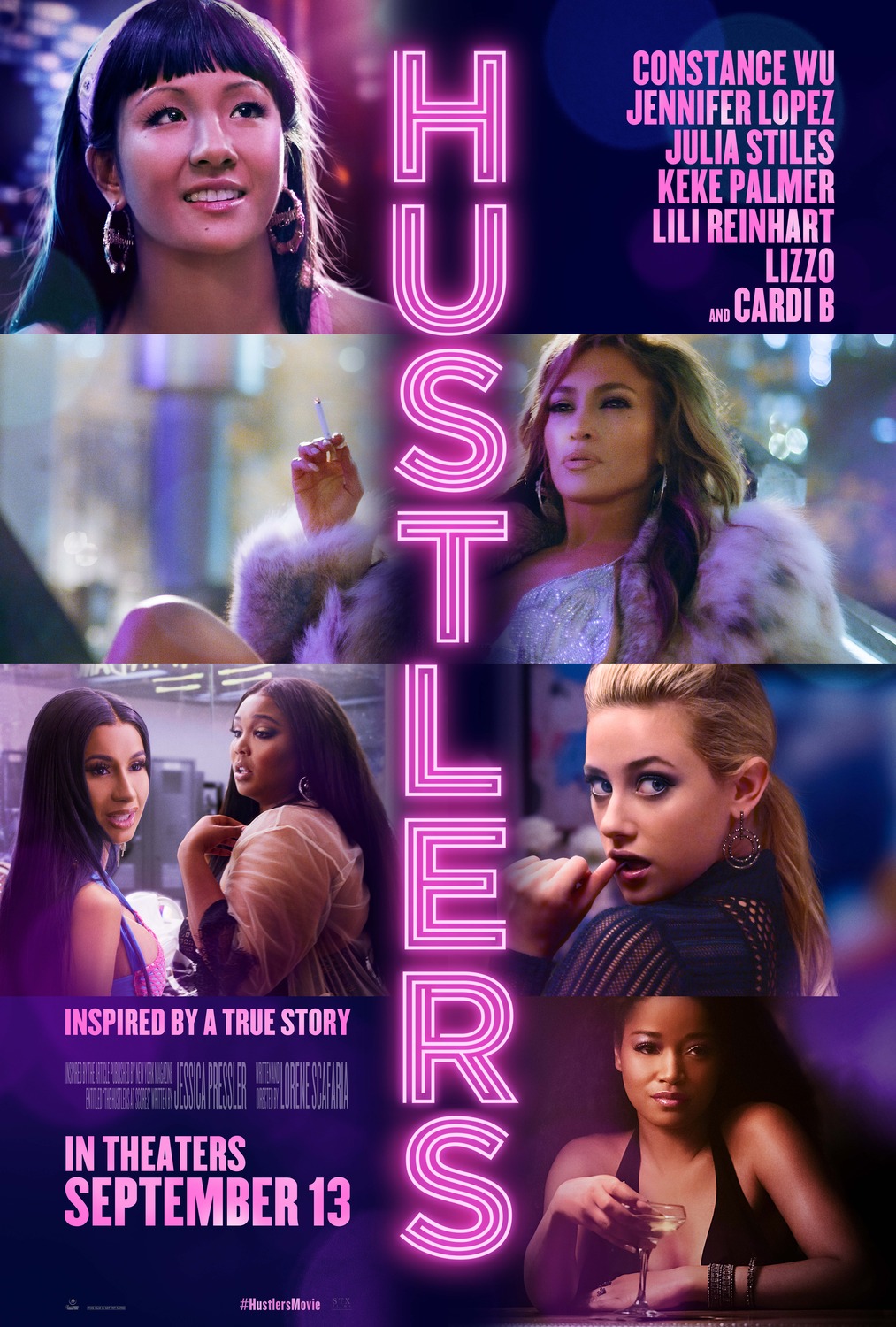 Hustlers works fantastically as a companion piece to The Big Short (that film’s director Adam McKay is also a producer on this), switching perspectives from the financial dealmakers who saw it coming to the those on the lowest rung affected by its ramifications. It perfectly balances that line between saying screw you to the rich and spoiling itself in the glamour of the lifestyle, serving as a perfect catharsis for anyone still righteously pissed off by the whole ordeal. The film is structured and paced very much like any Martin Scorsese picture in the same vein, with a similar wit and self-awareness as it cuts around time and contradicts itself between the retelling and the truth. There are times where it occasionally lacks juicy detail, and by the end of the second act the story starts to grow a little stagnant, but luckily things escalate quickly towards the end. There’s a lot to take away from Hustlers, but more than anything I’m just glad to see a film about sex workers that is clever, well-made and far from exploitative of the community. We need more stories with a sympathetic pro-sex work perspective, and hopefully this is just the first in a new line of thinking on the subject for film.

For any film of this style, you need a strong cast of capable and confident actors, and Hustlers has them in spades. Taking the lead as Destiny is Constance Wu, who is absolutely ideal for the role as a smart but struggling and insecure young woman. Her comedic background definitely helps give her a charismatic spark, but Wu also impresses dramatically and is the glue that holds the movie together. With that said, it’s hard to deny that Hustlers ultimately belongs to Jennifer Lopez as the loving but conniving Ramona Vega. In easily her best performance since Out of Sight (and perhaps even ever), Lopez owns the screen from the minute she struts in. She absolutely brings new energy to the typical “charismatic head criminal who lures the hero in with promises of fortune” role, mainly by how she righteously frames their activities as a middle finger to the Wall Street yuppies who caused the crash in the first place. It’s a rich and captivating performance from beginning to end, and Lopez deserves serious awards consideration for her efforts.

The rest of the cast is strong across the board, but none get quite as much depth or screen time as Wu or Lopez. Keke Palmer and Lili Reinhart are good foils as their fellow conspirators, with Reinhart especially shining with a running gross-out gag that never fails to get a laugh, but their respective subplots are often forgotten about. Julia Stiles is as fantastic as you’d expect as the journalist chronicling the events, with her dryness making for a good counterpoint to the crazy situations she finds herself learning about, but again she lacks detail beyond her usefulness to the plot. Cardi B, Lizzo and Trace Lysette are also a lot of fun as fellow strippers, but fans of theirs may be disappointed to learn they essentially only have extended cameos, and are completely absent from the film by the end of the first act.

In regards to aesthetics, Hustlers certainly has visual flair. The film’s appreciation for Scorsese pictures extends here too, with the similar use of long tracking shots to establish ambience and character. The film is often awash in bright one-tone fluorescent lighting, which absolutely gives the film that seedy neon edge, but it also continuously runs the risk of causing colouring detail problems; unless you’re watching on a 4K HDR TV, home video versions of this are probably going to have a lot of washed-out sequences. The editing is also excellent, with some clever use of cross and match cutting, and the film’s soundtrack is packed full of contemporary pop and hip-hop tracks that perfectly compliment the film’s late 2000s/early 2010s setting.

Hustlers is like if The Wolf of Wall Street had a baby with Dead Presidents, but was high on Pain & Gain during the pregnancy. Its sex-positive feminist perspective is a breath of fresh air amongst typically macho crime dramas, and shines a much-needed spotlight on an often-disparaged community. Funny, brutal and heart wrenching all at once, this is a film any fan of the genre can appreciate, but is also very accessible to audiences who may usually shy away from these stories. It’s not exactly a shoo-in for Oscar season, but with the right campaign and critical buzz it deserves to at least be considered. It’s frankly disrespectful to constantly have to compare female-led films to their more prevalent male counterparts, but for all intents and purposes Hustlers stands as the Goodfellas of the women’s crime subgenre, and will probably hold onto that title for a solid spell.