Alita: Battle Angel has been in development on-and-off for nearly two decades now. An adaptation of the Japanese manga, it has been a passion project of James Cameron’s for some time, but his focus on the Avatar franchise has meant this film almost never saw the light of day. But Cameron finally decided to relinquish his baby into the hands of Robert Rodriguez who, after several more release date delays, has finally finished the film to an audience that never particularly asked for it. The final product is certainly what you’d imagine would come out of the minds of two filmmaking veterans with a bottomless budget and enough clout to do whatever they want: a mess. A gloriously entertaining, sincere and often bordering on brilliant mess that is probably going to flop financially but gain a devoted cult following in the process, but a mess nonetheless.

Alita is a film massive in its scope and ambition, and it has a lot to cover in a relatively short amount of time. As a result, the pacing can be a tad rushed at times, especially in its bookending acts. The story gets underway pretty quickly and imparts a lot of exposition very efficiently, which ultimately works because of the character of Alita’s unfamiliarity with the world. It then goes into its second act fairly smoothly, taking time to finally breath with some character beats and thematic exploration. However, the hurried storytelling rears its head again in the third act, with a surprisingly action-bereft climax and a vague hook for a sequel. By this point, it’s almost as if the film blew its wad too early and instead tries to wrap things up instead of working itself up to a proper conclusion; the final cut certainly has the air of a lot of material on the cutting room floor. However, in spite of this, Alita manages to remain a solidly engaging sci-fi flick by focusing in on its strengths: its imagination, its spectacle and, most importantly, its heart. There’s no bones about it that this is a ridiculous film that indulges in its manga origins, and I can’t blame an audience who may end up laughing at some of its concepts more than being in awe of them, but that unabashed confidence would mean nothing if it didn’t have spirit. There’s not a lick of cynicism or arrogance to the whole production, indulging in its bombast and sincerity in a way I haven’t seen done so effectively on an underlying level since The Fifth Element. It definitely balances that fine line most western manga adaptations struggle with, neither being ashamed of its source material nor so beholden to it that a general audience can’t glom onto it (I, for one, have never read the manga). This is a film that never would have gotten made if it wasn’t for the passion of the filmmakers behind it, and that love for the material is certainly on screen. It’s just a question of whether an audience will embrace its idiosyncrasies or scoff at its ludicrousness.

Having a CGI protagonist for a live-action feature is certainly a bold move, but it’s a gamble that paid off for Avatar at least on a technical front. Alita poses a more difficult task with a character that more closely resembles a human than any Na’vi, and luckily it works for the most part; I’ll get into what doesn’t when we get to the technical appraisal. Alita herself is a sweet and surprisingly relatable character, evolving from the literally wide-eyed blank slate she is at the beginning into the undeterred heroine she is by the end, and that is mainly thanks to Rosa Salazar’s performance. She manages to humanize this synthetic character in a similar vein to Haley Joel Osment in A.I., easing in robotic imperfections whilst still playing an undeniably human character, but it’s the confidence and earnestness with which she plays the role that will win audiences over. Alita is at times naïve and even foolish, but there’s always something captivating to me about a character who can be this kind and emotionally open whilst still being able to kick ass royally when push comes to shove. We need more protagonists like Alita, now more than ever.

It’s frankly a shame that the rest of the supporting cast, whilst trying as they might, get a little lost in the shuffle of the perpetually moving plot. Christoph Waltz is saddled with a very loaded character as Dr. Dyson Ido, with an early character turn that will either bring you on board as an audience member or lose you completely. Waltz himself plays along with the absurdity pretty well, though he is perhaps a little too reserved for his own good at points. Ed Skrein is another highlight as bounty hunter Zapan, though in many ways he’s just playing a variant of a similar character he played in Deadpool. Mahershala Ali is a fantastic actor who never phones it in, but here as Motorball master Vector he doesn’t exactly shine; I’d put that more on a lack of compelling material than the fault of the actor. Jennifer Connelly fares worse as Dyson’s estranged ex Chiren, whose motivations feel a little underdeveloped and her usefulness to the plot mostly incidental. Relative newcomer Keean Johnson has a fair bit to shoulder as Alita’s love interest Hugo, and whilst he is mostly serviceable and occasionally even pretty convincing, there are some moments where he comes off as more robotic than the literal cyborgs that make up most of its cast. The smaller roles are filled out with a few interesting faces, namely Rodriguez regulars Michelle Rodriguez and Jeff Fahey, but the most interesting of all I will not spoil. All I can say is: if this film miraculously gets the sequel it clearly wants, I’d be surprised if this actor commits to this role.

James Cameron is something of a perfectionist when it comes to his technical presentation, often delaying projects for years until the technology is up to his standards, and you can’t say that Alita has anything but the finest tech in the film industry behind it. This futuristic vision of Earth in the 26th century is rendered in glorious detail, with a culture-smashing production design that takes some getting used to, but it’s easily the most cohesive translation of a manga to live-action so far. It embraces the far out concepts like rocket-propelled warhammers and extreme roller derby, but grounds it just enough to keep it from feeling too unreal. The visual effects are outstanding across the board, a given for a Cameron production, but the execution is not without faults. Whilst Alita herself is generally rendered and animated beautifully, there are still some dips into the uncanny valley from time to time, which isn’t helped by enlarging the part of the face most responsible for that disconnect. However, those slight foibles thankfully don’t put a damper on the film’s fantastic action set pieces. Rodriguez has always had an eye for action but always on a budget, and here he is finally given the toybox to go all out. From Alita’s many battles with cyborg assailants to the high-speed exhiliration of the Motorball sequence, these scenes are practically worth the price of admission on their own, and it only makes the lack of a compelling climax that much more disappointing. In the music department, Tom Holkenborg does a strong job of combining his usual techno-inspired score with a more traditional score that evokes the late James Horner, whilst Dua Lipa’s tie-in single “Swan Song” is an enjoyable pop tune that thematically synchs up with the film’s themes of self-discovery and defiance.

I will not deny it: Alita: Battle Angel is not a film for everyone. By most metrics, it is yet another big budget disaster so over-the-top and cheesy at times that it borders on self-parody. Often, it doesn’t even resemble a Robert Rodriguez or a James Cameron film, but a instead a late-period Wachowskis production. However, even upfront acknowledging that this is a problematic movie on several levels, I can’t help but be in awe of this movie. What Alita has that films like Speed Racer or Jupiter Ascending lacked is an appropriate amount of restraint, and an earnest commitment to its own internal logic. I can’t say this film has finally cracked the code on how to adapt manga in the west, and honestly I don’t think Hollywood should keep trying in most cases, but Alita is probably closer to nailing it than any other prior production. Would I watch more Alita movies? Hell yeah, in a heartbeat. But do I actually expect them to get made? Not at all. Alita: Battle Angel was a movie pretty much destined to fail in the eyes of the general audience, but this is an early contender for best guilty pleasure movie of 2019. This easily ranks up there for me with the likes of Abraham Lincoln: Vampire Hunter as a movie I know most people will hate, but that I will unabashedly stan for. 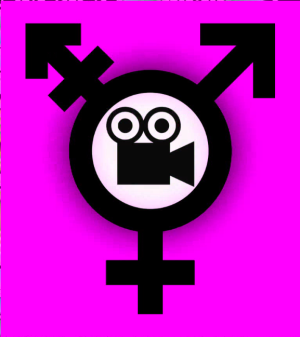