For the past eleven years, the Transformers movies have practically become a tired joke. Every couple of years, we all get together to complain and become frustrated at what Michael Bay has yet again done with the beloved toy property, but then everyone goes and sees it anyway…until last year’s The Last Knight, that is. That one was not only arguably the worst in the series, but the lowest grossing at the worldwide box office too, and those numbers finally seemed to penetrate the skulls of executives over at Paramount and Hasbro and they went, “Hey, what if we made one of these that was actually, you know, like the cartoon?” And so lo and behold, the powers at be actually listened to the fans, tuned up the spin-off they already had in development, and effectively turned it into the reboot everyone was asking for. And the best part is: it’s actually pretty damn good! 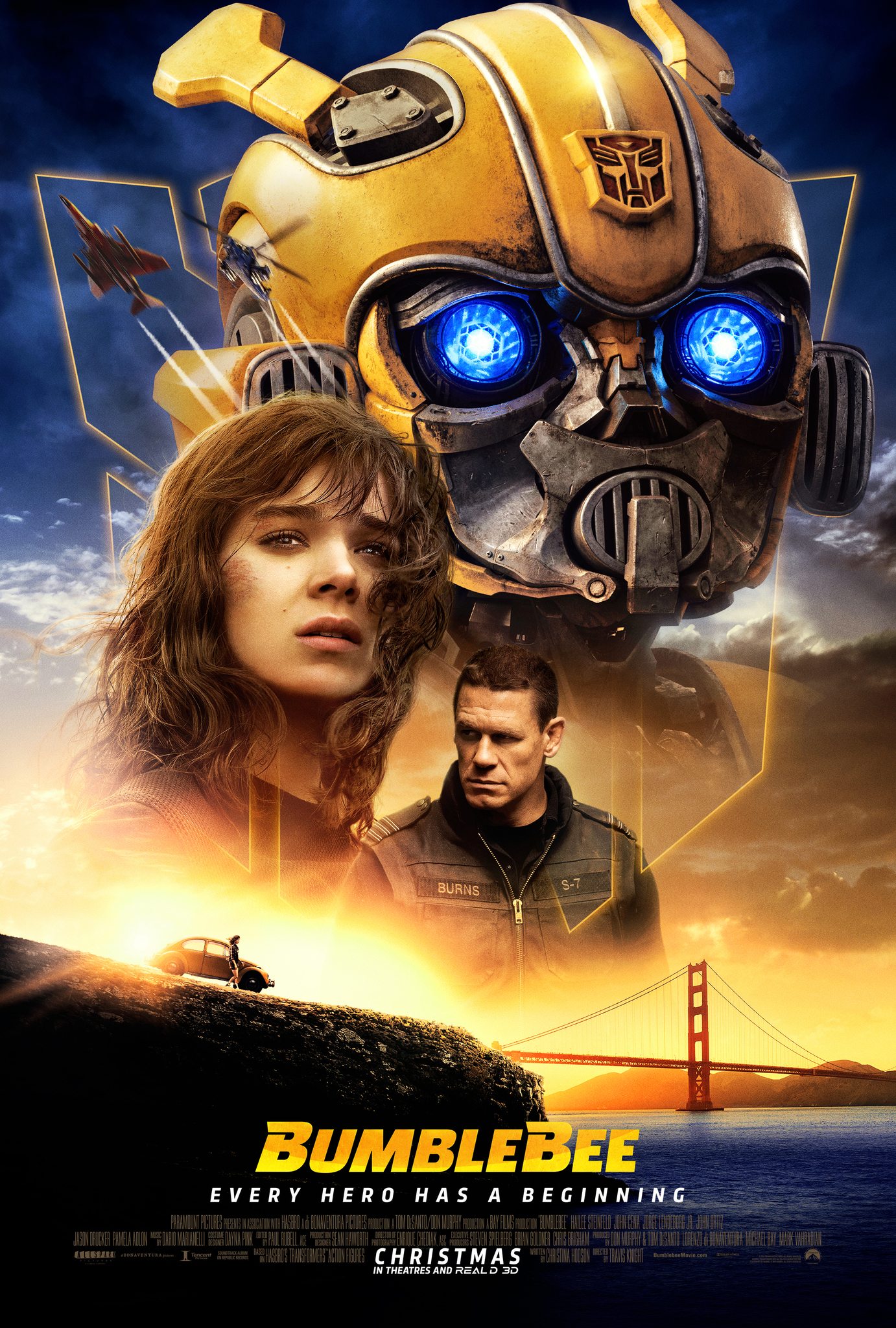 Within the first two minutes of Bumblebee, all the memories of screaming Shia LaBoeuf and Decepticon nethers are made to feel like a distant dream. Whilst there are remnants of evidence that this film was intended as a direct prequel to 2007’s Transformers (the presence of Sector 7, the secret base under Hoover Dam, Bumblebee speaking through the radio, etc), there’s far more evidence to suggest that the timeline has been reset and the franchise is ready to roll out all over again; it firmly takes the X-Men: First Class approach to continuity. But it’s not just the status quo that’s been altered, as the entire tone has shifted to a more Spielberg-style 80s sci-fi family flick, and it’s a look that flatters Transformers far better than the over-exuberance of Bayhem ever did. There’s definitely a Stranger Things influence to the production, especially in how it frequently pays homage to films like E.T. or The Iron Giant, but it’s an approach that helps ground the film back in the era the franchise was born in.

The plot is a relatively simple teenage coming-of-age tale, and the film clearly doesn’t take itself too seriously, but not in that dismissive too-cool-for-school posturing way the Bay films were. It’s self-aware about the ridiculous elements of its premise and doesn’t try to hide it, often even actively spotlighting the obvious and cracking the joke before anyone else does (“I mean, they call themselves ‘The Decepticons’! Doesn’t that raise any red flags to anyone?”) But even more impressive is how it manages to mine a surprising amount of thematic depth out of the material. Beyond the alien robot spectacle, Bumblebee is a story about rediscovering yourself after loss, learning to let go of the past without forgetting how it made you, and finding friendship in unlikely places. These themes compliment the feel-good touching narrative well, but also sum up what Bumblebee means to Transformers movies moving forward: a chance to start over, learn from mistakes, and move on being the best version of itself.

After five movies of unlikable, underdeveloped slabs of eye candy that the Bay movies called its human cast, Bumblebee has the gall to actually include sympathetic characters with weaknesses and depth and development and stuff; a revolutionary idea, I know! Hailee Steinfeld makes for a compelling lead as Charlie Watson, giving the character a relatable frustrated tomboy affect anyone can see themselves in. She’s flawed and often abrasive, but her inner torment is clear and the film gives ample attention to the human story at the heart of the high-concept picture. Moreover, Steinfeld more than makes her relationship with Bumblebee seem genuine, managing to emote opposite a CGI robot in a way that, I’ll admit it, actually made me tear up a few times. Bumblebee himself was always the most likable Autobot in the previous movies (which wasn’t hard, as he was the only one who had something approaching a personality), and here he is just as jovial and prone to comic mishaps as he was before. With very little spoken dialogue and a relatively static face, the character manages to convey a lot of heart through basic motion, and as a result accomplishes yet another important thing the Bay movies never did: I actually cared about the robot as a character.

The rest of the human cast are fairly likable too. Jorge Lendeborg Jr. is a sweet and endearing romantic foil to Charlie as Memo, though the film never quite gives him enough to do. John Cena is clearly enjoying himself playing the classic military antagonist with a natural instinct to shoot first every time, but even he isn’t just a unsympathetic stock character and gets something of his own arc too. The same can’t quite be said for John Ortiz as the natural partner to Cena’s: the overenthusiastic naïve scientist. Jason Drucker is also a bit off as Charlie’s little brother Otis, who feels like he’s more there out of genre obligation than actually being important, but thankfully Pamela Adlon and Stephen Schneider are pretty solid as Charlie’s put-upon mother and try-hard stepfather respectively. Over on the Transformers side, the only other major players are Decepticon duo Shatter & Dropkick, who are written and performed (by Angela Bassett and Justin Theroux of all people) like they’re straight out of the cartoon, and that’s not a bad thing. But diehard fans shouldn’t be too disappointed, as the film is still full of recognisable Autobot and Decepticon faces in smaller roles, with plenty of promise for those iconic players to come into the fold next time around.

Say what you will about Michael Bay, but he has a distinct aesthetic all his own and it made the Transformers movies stand out from every other blockbuster on the market. However, it’s a style that quickly became more tiresome than it was worth, and thankfully it has entirely been junked here for a brighter, simpler approach. The action sequences have been majorly scaled down, but the movie is all the better for it. There are a few genuinely well-executed car chases throughout, and the one-on-one robot brawls pack plenty of punch too. The only real moment of excess is the Cybertron prologue sequence, which effectively acts as a tease to where future movies may take the action. The cinematography is nothing special, but it fluidly captures the action and makes every punch, explosion and transformation easily comprehensible. The production design definitely embraces the 1980s setting in a way that borders on parody, but it holds back just enough to feel genuine. Helping matters greatly is a broad range of period rock and pop songs on the soundtrack, featuring all the expected classics along with a few more obscure choices (and that one song every live-action Transformers movie has been seriously lacking). It’s a shame the illusion is somewhat broken by the end credits song “Back to Life”; it’s not a bad song, but it’s modern pop vibe doesn’t get with the rest of the film (but hey, Hailee Steinfeld has to promote her music in all her movies now too apparently). The franchise has always been a good barometer for where visual effects technology is currently, and not only have the robots in disguise never been rendered better, but the designs are exactly what fans have been asking for since the beginning. Going back to the Generation 1 designs as the template and updating from there, these are the first live-action Transformers to actually feel like Transformers, and that only makes any scene heavily featuring them that much sweeter to the dedicated fan.

I’ve always thought a good Transformers movie could be made if they junked the Bayhem and went back to the source material, and it seems like the prayers of many fans have finally been answered. Bumblebee is not only easily the best Transformers movie to date, but it’s a solid family blockbuster on its own merits too. It does everything the Bay movies wouldn’t, embracing what’s made Transformers endure for three decades, and infusing it with a much-needed dose of heart. Sure, it is mostly constructed out of borrowed parts from other better movies, but in a way it’s as an apt a metaphor for the Transformers brand as anything: it looks very familiar on the surface, but underneath there is something more than meets the eye. 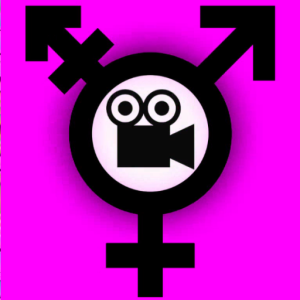