The first John Wick was a breath of fresh air in the stagnant action genre, delivering crisp, brutal stunt work and gunfights that put every shaky-cam, quick-cut hack to shame. It revitalised Keanu Reeves as a viable action lead, and also somehow managed to tell an interesting revenge tale in a rich and well-developed story world. With its success, a sequel was inevitable but its good quality was not. Might they have blown their wad in the first outing? John Wick: Chapter 2, thankfully, confirms they were only getting started. 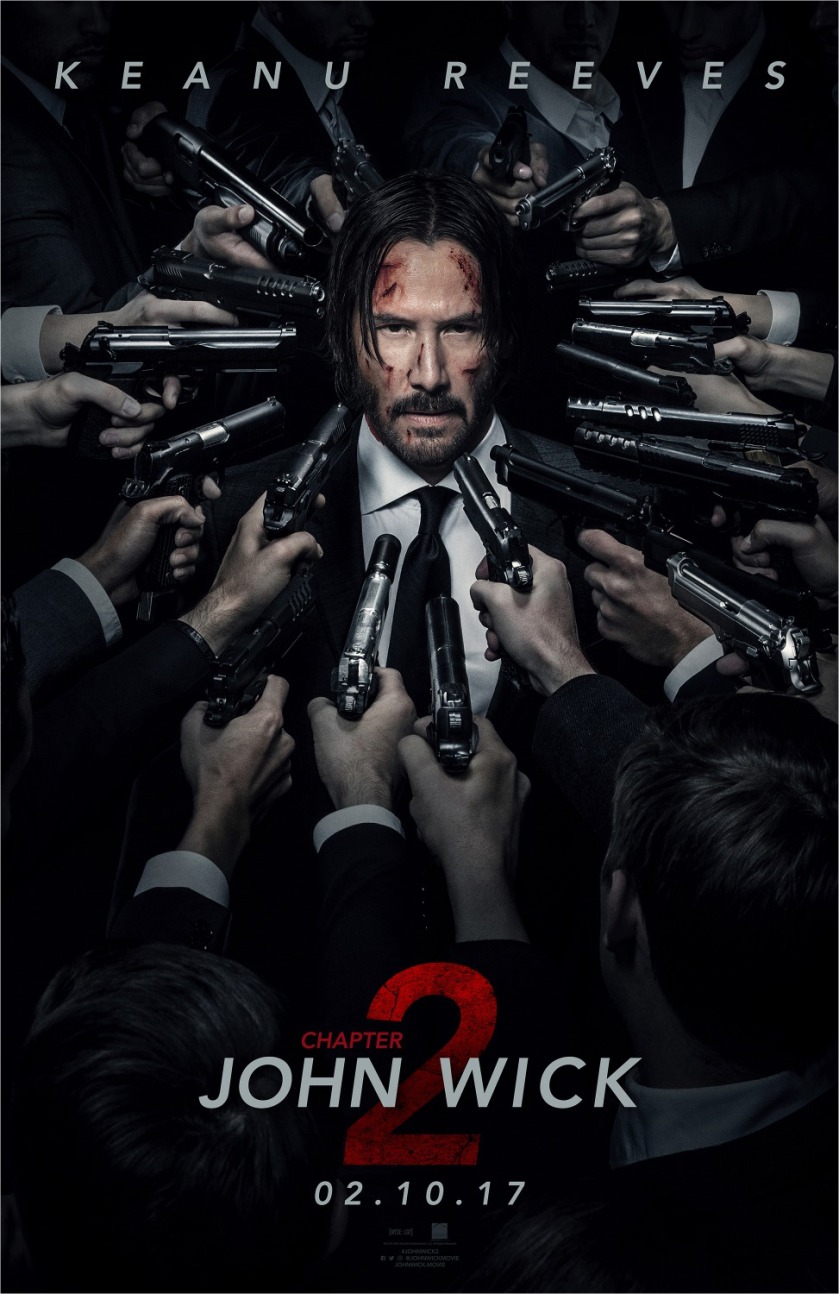 Picking up right where the first movie left off, Chapter 2 continues to show the increasingly dire ramifications of Wick’s decision to come out of retirement. The plot itself feels less personal than the first but it does feel grander, opening up the world of assassins in interesting ways. There are a lot more twists and turns here as opposed to the simple revenge story, with characters double crossing each other or revealing shocking new information, and whilst some of it is predictable it’s never boring because every turn ratchets up the stakes. Every plot development flows into the next action sequence, which then develops the plot further and so on; it’s not just a bunch of jibber-jabber broken up with the occasional gunfight. But what’s most impressive about Chapter 2 is how much it opens the door of possibilities for future stories in this world. Details only hinted at in the original are expanded upon, chock full of rich characters begging for expansion in further stories, and all ending on a terrific hook for the next film that should every audience member begging to see what happens next.

Many mistakenly call Keanu Reeves a bad actor, but that’s mainly because he so often miscast. Put him in the right role and he shines, and the character of John Wick might be his finest to date. He’s a man of few words that speaks mainly through his actions, and Reeves knows how to pull off cool with just a look and a monosyllabic response. It’s not exactly Oscar-worthy acting, but for this kind of movie it’s all you need. The returning cast is also great, with Ian McShane getting a little more to do as Continental manager Winston and Lance Reddick is as brilliant as ever as the hilariously dry concierge Charon; even John Leguizamo returns for a brief but humorous cameo. In terms of new players, Common stands out the most as the persistent bodyguard Cassian; he’s essentially playing his character from Run All Night again, but this time in a good movie. Ruby Rose is a bit of fun as mute henchwoman Ares, sharing the occasional bit of silent banter with Wick, but I wish there was just a little more to her character. The same could be said for Laurence Fishburne’s Bowery King, though he honestly feels like he’s being set-up to be more important later. The major flaw here is Riccardo Scamarcio as main antagonist Santino. His scheme is certainly much grander than that of the villains in the first movie, but as a character he feels less compelling; he lacks that flair of eccentricity that makes everyone else in the movie stand out.

What you ultimately come to a John Wick movie for is the action, and director Chad Stahelski has outdone himself on this one. Every action sequence in this movie is a marvel to behold, combining expert choreography with beautiful cinematography and expertly paced editing. Thanks to this attention to detail and perfection, there is not a single hit or gunshot that gets lost in the melee, making you feel the impact of every kill. Sure, sometimes the action looks so immaculately conceived that it’s like watching someone play Superhot at full speed, but I’ll easily take that over yet another Bourne-wannabe disaster. For now, I’d rather not say anymore and let you behold this film’s mastery for yourself.

John Wick: Chapter 2 is to the first film as The Raid 2 was to its predecessor: it may not be as original, but it’s certainly bigger, bolder and moves the story forward in a meaningful way. This is the fine wine of action films, classily designed and feeling elegant every step of the way. Its story may not transcend the genre, but on a pure visceral level you’d be hard-pressed to find a better movie of its kind in the modern marketplace. When that third chapter finally arrives, it is now primed to be one hell of an action extravaganza.