After a big delay in release from June 2012 to March 2013 and a slight title change, Bryan Singer’s epic retelling of Jack and the Beanstalk has arrived in theatres to little fanfare. Is this the John Carter of 2013 as some claim, or does this tale have more than meets the eye? 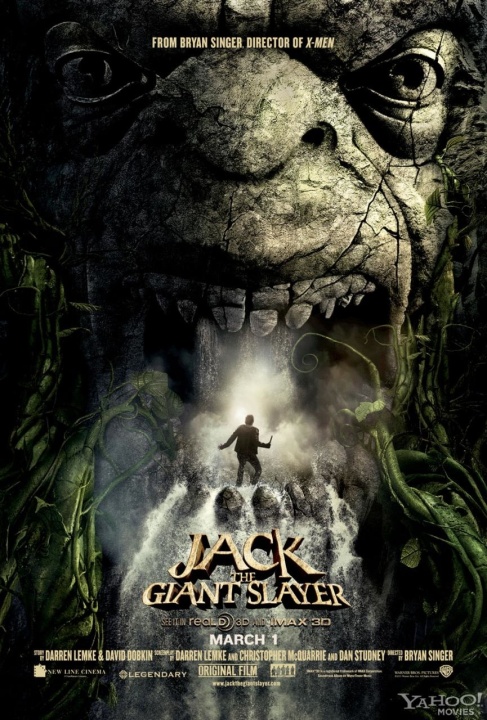 Let’s make this clear: Jack the Giant Slayer is not a serious, dark version of the story. Snow White & The Huntsman it ain’t. The film is more aptly compared to classic 80’s fantasy pics like The Princess Bride or Willow. While this light-hearted tone works for the most part, there are two major flaws to it that can cause some problems. Firstly, the film occasionally seems to edge a bit darker and off-tone with some gruesome (but often implied) deaths. Secondly, whilst the film’s attitude is good and fits the story, the humour is often lacking. They luckily never fall into the trap of trying to modernise things or insert pop culture references, but most of the jokes are obvious and played-out. Some manage to hit the mark, but most just fall flat and further adds to the somewhat confused tone. Story wise, this is a very classic hero’s journey plot, hitting every beat in the rhythm expected. That doesn’t make the movie bad, in fact the film is quite enjoyable for the most part, but the film lacks much surprise or innovation as everything plays out as expected. The film does pack some good action scenes in there of large scale, and also the characters are just defined and human enough for you to care even if they follow the archetypes to a T. Whilst things are somewhat spoiled by an unnecessary and baffling epilogue, Jack the Giant Slayer is never boring, never tiresome and its runtime flies by at a good pace.

The acting in the film is of good quality, though somewhat limited considering the material they are working with. Nicholas Hoult always makes a convincing and sympathetic protagonist, but the character of Jack lacks enough interesting character traits to root for him beyond the fact that he is the underdog and wants the princess. Eleanor Tomlinson plays this aforementioned royalty, and is equally effective despite playing a British version of Jasmine from Aladdin. Ewan McGregor is great in his supporting role, managing to be the only character who manages to go beyond his archetype and do some things differently. Stanley Tucci, whilst bordering on OTT for much of the film as the slimy advisor, at least looks like he’s having a lot of fun. Faring worse is Ewan Bremner as his toady sidekick, who is supposed to be annoying but is so to the point of tedium. Bill Nighy works as the Giant Leader and Ian McShane gets to have some fun wearing a silly costume, but again they lack enough definition to be truly memorable. Some more character depth could have really helped not only make these players stand out, but improve the quality of the film as a whole.

Jack the Giant Slayer is most impressive on a technical front; you can tell watching it that it cost a lot. Singer gives the film a very classic look and feel, very reminiscent of the adventure films of old. Whilst this can lead to the occasionally goofy costume or set, the film presents everything with so much confidence that you accept it. The cinematography shows off the look well, and also manages to avoid getting too close to the action. The special effects are of an extremely high standard and look great for the most part, but whenever we get into extreme close-ups on the giants they lose some of their magic. I admire the film for trying to create these creatures through CGI instead of using more old-fashioned trick photography, but the technology isn’t quite perfect yet.

In the end, Jack the Giant Slayer is a fun but severely flawed film. The film has just enough good stuff in it to be worth a watch, but perhaps another punch-up on the script and a much stricter and consistent tone could have helped the film stand out from the pack a bit more. I will say it is better than Singer’s last outing (the decent but forgettable WWII thriller Valkyrie), and I hope his return to the X-Men franchise with Days of Future Past next year will be much better return to form for the great director.