Writer/Director: Paul Thomas Anderson (There Will Be Blood)

I have to admit this: before tonight, I’d never seen a PT Anderson film. I’d always heard about how great his films are, but never actually got round to watching any of them. It’s embarrassing when you know more about Paul WS Anderson than PT Anderson, but that changed tonight. After watching The Master, I’ve got some catching up to do. 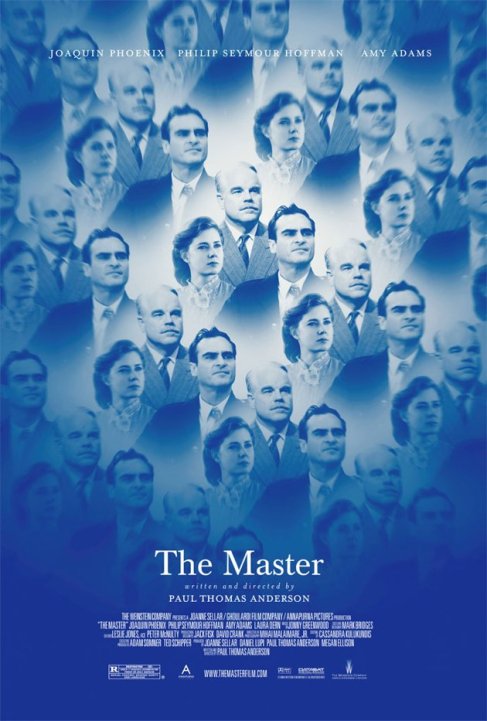 The story of The Master is a simple tale told strangely. Those wondering about the Scientology element, it is obvious how The Cause is a metaphor for it but the film doesn’t try to beat you over the head with it or even tell you it’s bad. The film has an odd quirkiness to it, which while giving it a unique feel makes it feel off-putting at first. The film does a great job of making you care about these characters who, for all intents and purposes, are a bunch of liars and maniacs. This is mainly thanks to the performances, which I’ll get onto in a second. But my main problem with the film is this: the film is too slow and too long. I know I’m not a fan of films that stretch over 2 hours, but this film can feel like an eternity at points. The way the film uses long continuous takes can really stretch out the pace and would often have me thinking in my head “CUT!” I’ve heard this is a trademark of Anderson’s and, while it is effective during certain scenes (especially one set in a jail cell), I found it more boring than moving.

The Master truly shines in the acting department. We haven’t seen Phoenix in a while, and his comeback is a truly explosive one. The character he plays is a washed-up, beaten down, psychotic alcoholic, and Phoenix plays it perfectly. You truly feel that he is this character. Some may say he’s just doing the world’s greatest Popeye impression, but there is much more to it than that. Truly outshining him though is Hoffman as the charismatic Lancaster Dodds. Hoffman plays the role so charismatically that you understand why these people follow him and see him as a genius, which makes it even more surprising when he lashes out in anger. Hoffman definitely deserves an Oscar for his performance here, and Phoenix could easily get a nod as well. Amy Adams is also great as Dodd’s wife, and it’s also good to see that Laura Dern still exists (seriously, where has she been since Jurassic Park?).

This film is beautifully shot, mainly thanks to the use of 70mm film. If you have the option to view the film in this format, do. It truly makes the film look like a relic from the 50’s; giving you that extra detail and making those colours pop out extra nice. As said before though, I think the film could have been cut down a lot more in the editing process, and I often found the score to be a bit overbearing.

The Master is a great film, and should be seen by any film fan. This is one the Oscar crowd are going to eat up come February and, while I do think the film is flawed in several ways, I can understand why they’d love it. It’s worth seeing just for Phoenix and Hoffman, but you’ll enjoy it for much more than that if you’re willing to invest the time and patience.